On Thursday, February 8th, at 12 pm in room 433, all students are invited to a Sports Law Speakers Series event featuring Jack Mills, President of from Ascent Sports & Entertainment. Jack is a long-time member of the National Sports Law Institute's Board of Advisors and the first winner of the NSLI's Joseph E. O'Neill Award given to an individual in the sports industry who has made a significant contribution to the field and done so while exemplifying the highest ethical standards.

Led by 3L Sports Law Program student Cody Hallowell, the discussion will focus on Mr. Mills career path, work as an agent, and advice for students interested in a career in the sports industry. Lunch will be provided. 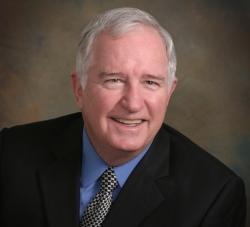 There are currently no upcoming events.
Please check back soon.