Marquette University Law School is pleased to bring you the results of its national survey of public opinion over two days, May 25-26, via written releases and video conversations between poll director Charles Franklin and Alan Borsuk, senior fellow in law and public policy.

On Wednesday, May 25, the Marquette Law School Poll will release results pertaining to public opinion about the U.S. Supreme Court in the wake of a leaked draft opinion in a case concerning abortion. This is the eighth installment in a series of nationwide surveys, begun in 2019, measuring public understanding and opinion of the nation’s highest court.

The second release, on Thursday, May 26, will concern findings of the Marquette Law School Poll’s national query into several political topics. This release will examine public opinion on abortion policy, political engagement, and awareness of endorsements by former President Donald Trump in recent state and local primary elections.

National poll on the U.S. Supreme Court – Wednesday, May 25

The new Marquette Law School Poll Supreme Court survey will report on national public opinion concerning the Court’s past and possible future rulings on abortion, following the leak of a draft opinion that would overturn Roe v. Wade, the 1973 decision that established a nationwide right to abortion. The survey measures how the public reacted to the leaked draft opinion, how views of the Court may have shifted, and if public opinion on past and potential future decisions has changed in the wake of the leak.

The release builds on past Marquette Law School Poll surveys by measuring opinion about major cases before the Court concerning abortion and also whether the Second Amendment includes a right to possess a gun outside the home. Past decisions on same-sex marriage and protection of LGBT rights against job discrimination are also the topics of survey questions.

The survey continues to examine public approval of how the Court is handling its job, public perception of the Court’s ideological balance, and perceptions of recent shifts on the Court. Favorability ratings of Judge Katanji Brown Jackson following her confirmation to become a justice provide for a before-and-after-confirmation comparison with the survey results released in March.

The same national survey will form the basis of a second release, the next day, focusing on preferences among potential policies about abortion and the saliency of the issue for voters. The poll asks about motivation to vote in the November midterm elections, both generally and how that is related to policy preferences on abortion. Opinion about a range of policy options concerning when a state might choose to limit abortions is surveyed.

With a flurry of state and local election primaries in May, the survey also asks about awareness of endorsements by former President Donald Trump. The poll continues to monitor views of Trump, former Vice President Mike Pence and Florida Gov. Ron DeSantis, along with opinion of President Joe Biden and a possible Trump candidacy in 2024. The poll includes trends in confidence/doubt about the accuracy of the 2020 presidential election and how that is related to other political views.

The release will include trends in perceptions of the ideological positions of Biden and the Democratic and Republican parties. 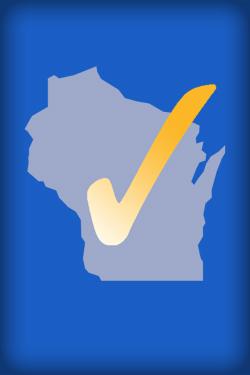