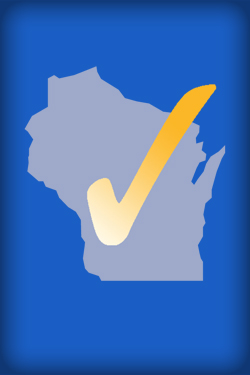 Marquette University Law School is pleased to bring you the results of a national survey of public opinion, over two days, Sept. 22-23, via video conversations between poll director Charles Franklin and Mike Gousha.

On Wednesday, Sept. 22, the Marquette Law School Poll will release results pertaining to public opinion about the U.S. Supreme Court. This is its second installment in a series of six nationwide surveys measuring public perception and awareness of the nation’s highest court.

Franklin will then share findings in the Law Poll’s national query into general topics, on Thursday, Sept. 23. This poll looks at public opinion about the withdrawal of US forces from Afghanistan, the COVID-19 situation and views of President Joe Biden.

Recorded discussions will be available on September 22 and 23 via the “Watch Now” button above. Corresponding release and data will be available at 6 a.m. EDT/5 a.m. CDT on the Marquette Law School Poll website.

How have views of the Court shifted since July in the wake of several important decisions issued in August and early September? In July, approval of the Court was nearly identical among Democrats and Republicans, but is that still the case? This poll looks at how the public reacted to rulings whose effects were to reinstate the President Trump-era policy of “remain in Mexico” for asylum seekers and to block extending a moratorium on evictions. With the annual term of the Court soon to begin, the survey encompasses opinions on a number of cases set for argument, including those involving gun rights, religious liberty, and abortion rights, as well as potential cases on state oversight of elections, affirmative action, and the ability of social media companies to exclude public officials from their platforms. Looking back, how do respondents think the Court’s rulings have affected rights of LGBT people, religious liberty, voting rights, abortion rights and the interests of other groups over the past 15 years or so?

Following the withdrawal of U.S. troops from Afghanistan, this poll looks at views of the 20-year U.S. involvement there, the withdrawal of forces and whether to accept Afghan refugees into the U.S. Assessments of how President Biden handled the withdrawal, as well as his overall job performance, are also included. The survey also asks about the rise of coronavirus cases in recent weeks, how respondents see the situation in their states, Biden’s handling of the pandemic and their own vaccination status and willingness to be vaccinated. Support and opposition to mask mandates in schools and vaccination requirements in universities are also measured. The survey also looks at public views of the 2020 presidential election and how the courts handled litigation concerning the election. The poll also looks at how much respondents trust other people, talk to neighbors, and trust the federal government.