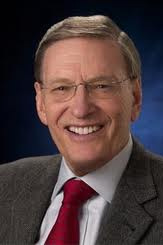 A lifelong Milwaukee resident and former owner of the Milwaukee Brewers, Selig served as Major League Baseball's ninth commissioner from 1998 to 2015. And he had effectively been in charge since 1992. During his tenure, Selig oversaw the creation of the wild card playoff and interleague play, a period of unprecedented labor peace, the most comprehensive drug testing program in professional sports, and a dramatic increase in MLB revenue, which has grown from $1.2 billion in 1992 to $11 billion in 2016. Late last year, Selig was voted into Baseball's Hall of Fame, and will be inducted this summer. We'll talk with Commissioner Selig about his accomplishments, and about the sport he calls "a national institution."