On the Issues: John Pudner 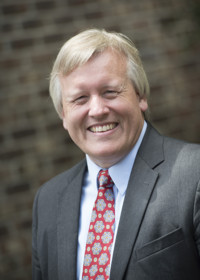 John Pudner is a man on a mission. The conservative political consultant and Marquette University alumnus is trying to reduce the influence of big money and special interests on the American political system. Pudner has seen that system up close. He has managed political campaigns for almost three decades, and says he's won most of them by outsmarting rather than outspending the opposition. Pudner may be best known for his work during the 2014 primaries, when he helped jumpstart the campaign of Dave Brat, who unseated House Majority Leader Eric Cantor in a stunning upset. Pudner's current work has put him at odds with some in the Republican Party. But he argues that today's political system is inherently flawed and needs to be changed. Pudner went to the same high school as Donald Trump's chief strategist Steve Bannon and was later hired by Bannon as sports editor to launch Breitbart Sports.