On the Issues: Judge Thomas Buergenthal 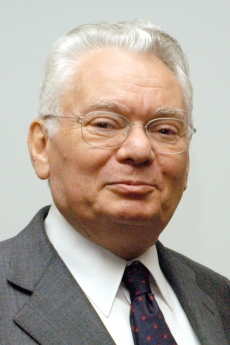 invite you to the 3rd Annual Edie Adelman Lecture

On the Issues with Mike Gousha: Judge Thomas Buergenthal a leading authority on international and human rights law and one of the youngest survivors of the Holocaust.

Thomas Buergenthal served as judge on the International Court of Justice, and as a member of the U.N. Human Rights Committee and the Ethics Commission of the International Olympic Committee. He was the first chairman of the Committee on Conscience of the U.S. Holocaust Memorial Museum.

Buergenthal graduated from Bethany College, West Virginia. He received his J.D. degree from the New York University Law School, and his LL.M. and S.J.D. degrees from the Harvard Law School.

Judge Buergenthal's book, A Lucky Child: A Memoir of Surviving Auschwitz as a Young Boy, will be sold by Boswell Books at the event. In this memoir, Buergenthal shares his experiences as a child in various Nazi concentration camps including Auschwitz.

Co-sponsored by Cardozo Society of the Milwaukee Jewish Federation and