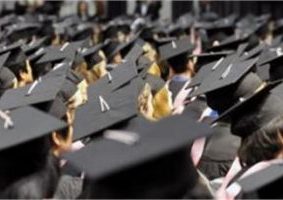 Since the early 2000s, the validity of the use of race in many scholarship applications has been questioned. States have been left rolling in a deep pool of uncertainty regarding what to do. Race-based scholarship programs have provided invaluable aid to minority students seeking to obtain a higher education. Without these programs, many qualified minority students would be unable to attend higher-learning institutions. As a result, the institution would be denied a diverse learning community and many valuable students would have to prematurely abandon their education goals.

Each scholarship serves its own purpose. There are scholarships that are offered to people of certain religious background. Others focus on providing economic aid to students who are pursuing certain degrees – such as engineering, medicine, or law. The purpose of race-based grants or scholarships is to increase the number of diverse students for the benefit of each institution. This purpose has been challenged by complaints alleging that race-based scholarships only further race discrimination.

The Supreme Court has established precedent regarding this debate. The Court held that when applying rights found in the Equal Protection Clause of the Fourteenth Amendment regarding this matter, a society is a collection of “knowing individuals” who are seen as autonomous and independent, and thus should be treated as individuals without regard to race. The Court further stated that when a program acknowledges individuals as being part of a group or classification, the program should be strictly scrutinized. Gratz v. Bollinger, 539 U.S. 244 (2003); Grutter v. Bollinger, 539 U.S. 306 (2003).

The Law School’s interest is not simply ‘to assure within its student body some specified percentage of a particular group merely because of its race or ethnic origin.’ That would amount to outright racial balancing, which is patently unconstitutional. Rather, the Law School’s concept of critical mass is defined by reference to the educational benefits that diversity is designed to produce.

In recent months, this debate has hit close to home. In April of this year, the Wisconsin Institute for Law & Liberty (WILL) filed a lawsuit alleging that the Wisconsin Higher Educational Aid Board’s Minority Grant Program violates the Wisconsin Constitution as it discriminates against White students, African immigrants, and Asian students from countries other than Laos and Cambodia. The lawsuit seeks an order deeming the program unconstitutional and an injunction against race-based qualifications. After spending a few days researching the whereabouts of this lawsuit, I was unable to find it and I am not certain about the outcome. However, while Daniel Lannington, spokesperson for WILL, did not comment during an interview with Wisconsin Public Radio regarding the pending lawsuit, he did mention WILL’s new target: the University of Wisconsin’s Ben R. Lawton Minority Retention Grant, which lists similar eligibility criteria.

After Lannington’s statements, a spokesman for the Wisconsin University system stated that they have no plans to change the program’s eligibility requirements. We will have to wait and see what the court decides.

As a result of all the legal threats, uncertainty, and lack of consensus, smaller universities that have less economic backing have decided not to fight this battle. According to one local Corporate Alumni Engagement Officer, finding scholarship sponsors willing to change their qualification criteria has been beyond challenging. One of the challenges university scholarship administrators have been faced with has been trying to convince sponsors that their money will still be used to help minorities even when the qualification criteria does not include race. Further, she stated, administrators have had to find outside-of-the-box ways of addressing the race-based criteria some sponsors have required in order to continue their donations. One of these solutions has been interviewing possible recipients of the scholarship individually and arbitrarily to see if they qualify. This has created other problems, but for now, the administrator will continue using this approach to try to overcome the challenges.

These are some of the articles and documents I used to write this post:

[This post has been edited to remove a potentially confusing affiliation.]