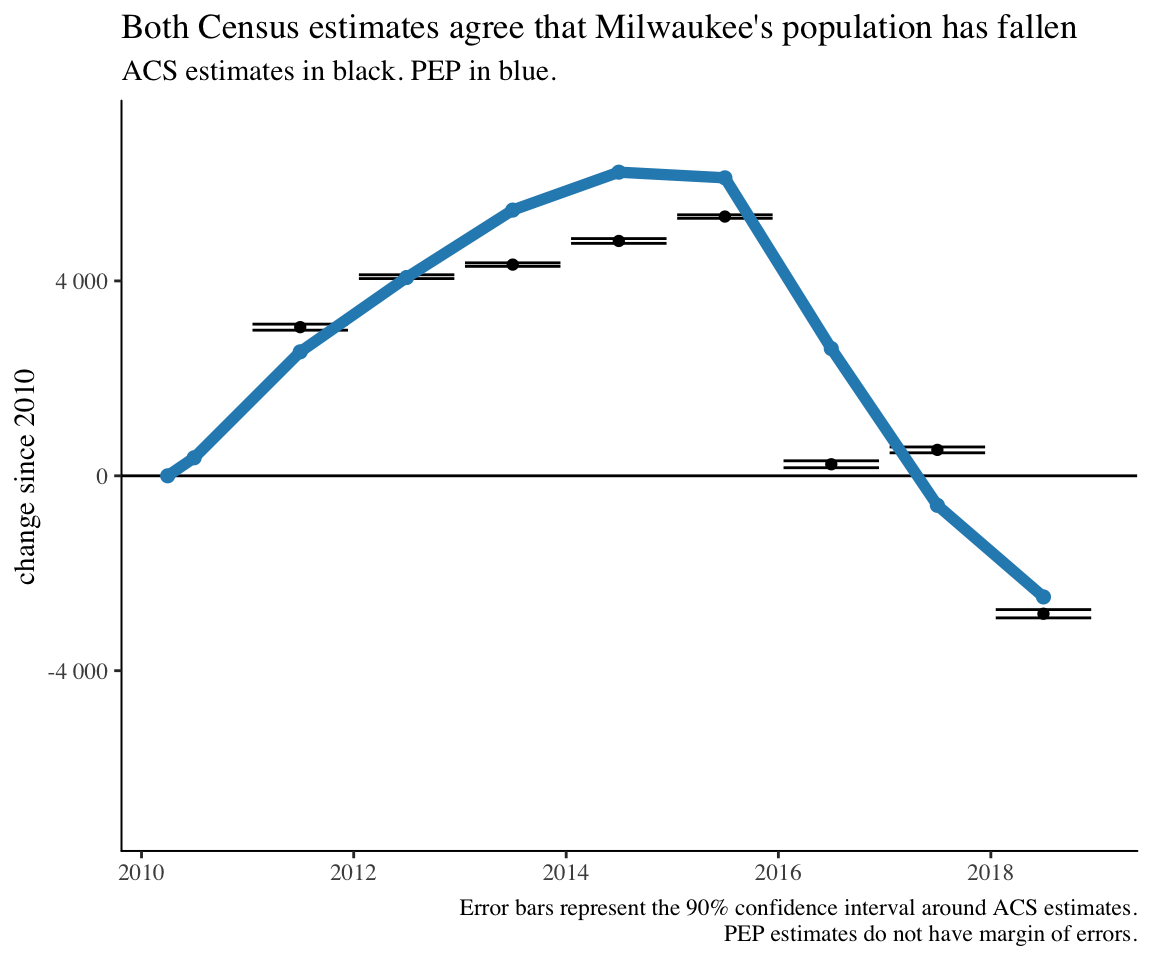 Last month I wrote about how Milwaukee’s population has fallen by around 5,000 since 2015, erasing the city’s tepid growth in the first half of the 2010s. Today, the Census released its latest 1-year estimates from the American Community Survey (ACS). They cover the year from July 1, 2017 to July 1, 2018.

All Census products now agree that Milwaukee has experienced negative population growth since 2010.

The main driver of Wisconsin’s population loss are shrinking numbers of (non-Hispanic) white residents. ACS estimates suggest that the white population declined by about 4,000 each year since 2015.

For the first time, it appears Milwaukee’s black population is also declining. 2018 was the second year this decade in which the annual Census estimate of black population change since 2010 fell outside the margin of error. In 2018, there were probably around 11,000 fewer black residents living in Milwaukee than in 2010.

Even Milwaukee’s Asian population, which had shown strong signs of growth in the first half of the decade seems to be leveling off. Only the Latino population shows signs of consistent growth. The number of “Hispanic or Latino” residents of any race has grown by about 17,000 over the course of the decade thus far.