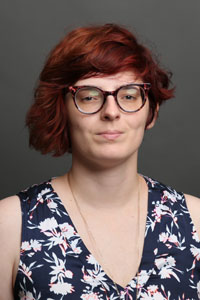 When I lived in Chicago, I would always turn my head at a certain point while riding the Brown Line to go home. I knew there was a place where I could look and see the remaining towers of the Cabrini-Green high-rises. The buildings were built post-World War II when the Public Housing Administration decided to invest more money in slum clearance and providing housing for low-income residents. I would marvel at the light buildings as the sun shone on them, cutting down Division.

Cabrini-Green, at its peak, was a sprawling complex consisting of rowhouses and 23 high-rises. The last of the high-rises was demolished in 2011 and the buildings have been replaced by mixed-income housing developments and businesses.

At the time the public housing high rises of Chicago were demolished, they were remembered for crime, poor maintenance, urban blight, and possibly the time then-Mayor Jane Byrne lived at the tower at 1150-1160 N. Sedgwick for 25 days. The end of the high rises for the Chicago Housing Authority, and many other public housing high rises in the Midwest, largely came about as they had become the very thing they meant to replace; they had become towering crime-filled “slums” filled with some of the most vulnerable and marginalized people in those communities.

In “’The Projects’: Lost Public Housing Towers of the Midwest,” one of the pieces in Midwest Architecture Journeys, Michael R. Allen examines the disappearance of the public housing high-rises of the Midwest. While some will point to Cabrini-Green as being the most notorious public housing project, St. Louis was home to Pruitt-Igoe. Pruitt-Igoe had Minoru Yamasaki, who would later design the World Trade Center in New York City, as its lead architect and featured windowed galleries that would be filled with light. Yamasaki had attempted to have mixed-rise buildings in the project but was forced by the federal government to build high-rises.

The planners of public housing in the Midwest would repeatedly run into the problem of being mandated to build high-rises but would still build what would seem nearly utopian. Allen writes in his piece about Pruitt-Igoe having playgrounds and the St. Louis Housing Authority initially planning on having a detailed landscape plan. Pruitt-Igoe was completed in 1956 and all thirty-three towers were demolished by the end of 1976.

Pruitt-Igoe, Cabrini-Green, as well as Robert Taylor, another Chicago public housing community, have become synonymous with the failures of attempts to create large communities for low-income residents. The New York City Housing Authority, which also features numerous high-rise housing communities, has not faced the same form of mass demolition under HOPE VI, and had its successes examined in Public Housing That Worked by Nicholas Dagen Bloom. It is the architecture of these public housing communities that is often attacked as it worked with the bold vision of urbanism. (Having walked through enough NYCHA communities during the time I lived in New York City, there has been planning regarding having playgrounds and community centers, but the tall red and brown brick buildings are not particularly inspiring.) Allen’s piece addresses the vilification of architecture in relation to public housing, in particular the lack of a desire to address the government policies that allowed public housing to fail.

As in Allen’s piece, an important consideration we as a society must make is whether to confront the policy problems with public housing and implement more affordable housing as rents rise throughout the country, or do we continue to blame architecture as skyscrapers continue to rise, including in Milwaukee — assuming The Couture is ever built. If we were to ever attempt the post-World War II public housing scale, could we do so while addressing the governmental and social issues in the most impoverished communities?