The latest Marquette Law Poll found that approval of the U.S. Supreme Court fell by 11 percentage points from July to September. This change was driven by a 22-point decline among Democrats and a 10-point decline among Independents. Republican approval stayed about the same.

This follows the Court’s narrow September ruling declining to halt Texas’ ban on abortions after six weeks of pregnancy. Other recent controversial decisions included striking down the CDC’s eviction moratorium and preventing the Biden administration from ending Trump’s “remain in Mexico” policy for asylum seekers.

Majorities of Republicans approved of all three of these decisions. Democrats disapproved of each, but more of them lacked an opinion about the CDC moratorium decision and the remain-in-Mexico decision.

In light of this, it makes sense that Democratic approval of the court plummeted, but why didn’t Republican approval grow?

Other data from our poll suggests that conservatives and liberals have developed divergent interpretations of the Supreme Court’s past activity. Each group tends to view the Supreme Court’s action in the least favorable light, relative to its own ideological preferences.

We asked each respondent, “Over the past 15 years or so would you say the Supreme Court has generally expanded or reduced the rights protected for each of these groups or has it not changed much either way?”

In each case, there is a clear gradient of opinion based on ideology. For example, among very liberal respondents, 79% believe the Court has reduced the rights of those seeking an abortion. By contrast, just 22% of very conservative respondents believe this. 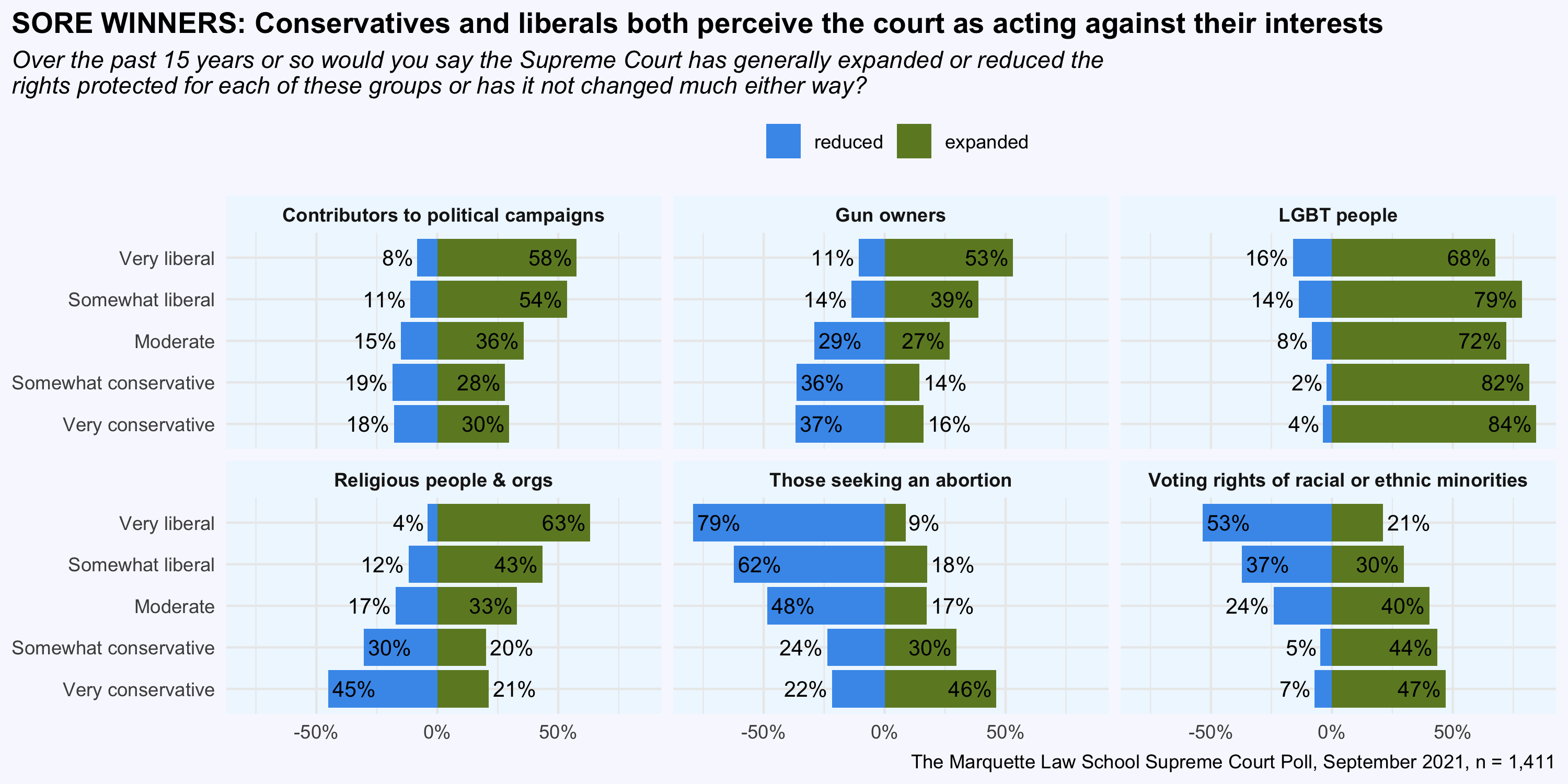 Clearly, reality does play a role here. Large majorities of every group agree that the Supreme Court has generally expanded LGTB rights over the past 15 years. But even in this relatively unambiguous case, ideology still plays a role. Strong conservatives are significantly more likely than strong liberals to see the Court as expanding LGBT rights.

Partisans often change their views in order to better match those of their preferred political leaders. Telling a Democrat that Obama supports a proposal increases their likelihood of supporting it. Ditto for Republicans and Trump. The Supreme Court doesn’t operate this way. Outside of little-read legal opinions, it doesn’t attempt to sway public opinion. I suspect this nonpartisan role contributes to the dynamic described above, where conservatives and liberals both see the Court as primarily benefiting the other side. Politicians of both parties find it convenient to blame the court for their lack of legislative success.

Nonetheless, the Supreme Court remains the most trusted branch of the federal government, preferred especially by whichever party last lost the presidency. Looking at ideological ratings by party shows why. Democrats perceive the Court to be more conservative than Republicans consider it. But both parties see the court’s ideology as somewhere in between their own and the other party. 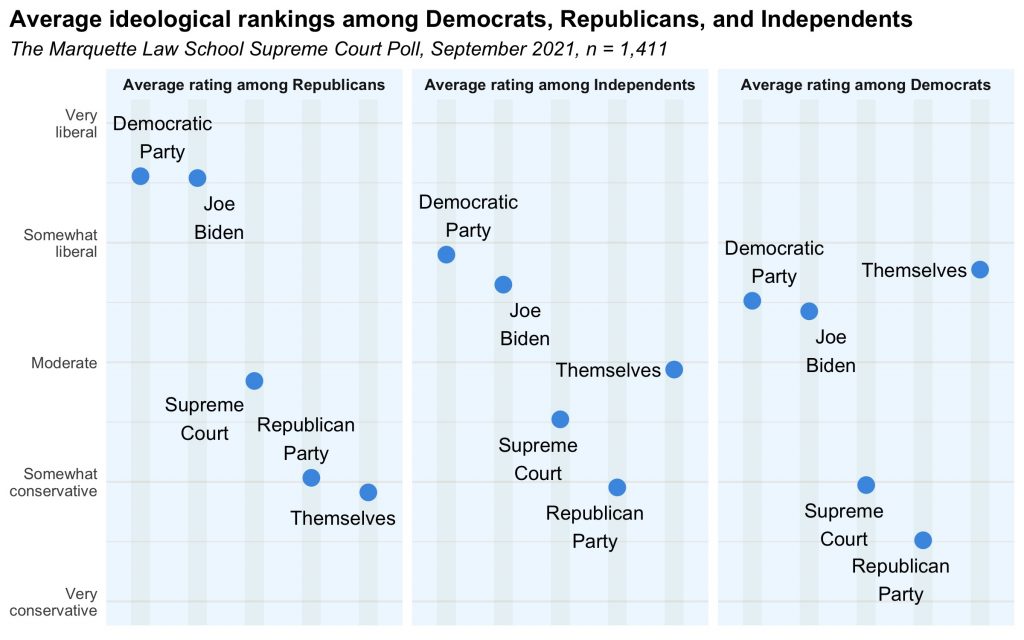 Public Perceptions of PFAS Risk and Water Quality in Wisconsin

Do primary voters strategically vote in the opposition’s primary?