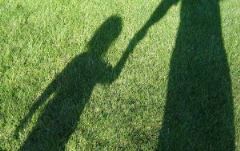 In recent years, lawyers and judges have increasingly recognized the role that exposure to trauma plays in the lives of persons who are involved with the legal system. While trauma can come in many forms,  providers of mental health or legal services need to be especially aware of trauma that is ongoing and has intergenerational consequences. The term “intergenerational trauma” has most often been associated with societal trauma that has been inflicted on certain racial or ethnic groups, who live with the effects and pass them along to succeeding generations. Frequently discussed examples of this are African American slavery, Native American forced attendance at boarding schools, and the Holocaust of World War II. All of these horrors affected survivors in a myriad of ways, and the economic, social, and emotional impact can be felt many generations later.

Here, though, I want to focus on a more mundane and equal-opportunity form of intergenerational trauma: family violence, which is defined here as physical, sexual, or emotional abuse or aggression directed against an intimate partner or child in the family. These are sadly common behaviors that occur across race, gender, and socio-economic status lines. The Centers for Disease Control and Prevention (CDC) estimates that over their lifetimes, approximately 1 in 4 women and 1 in 10 men experience physical or sexual violence or stalking, and more than 43 million women and 38 million men experience psychological aggression. The U.S. Department of Health & Human Services reports that in 2019 there were approximately 656,000 victims of child abuse and neglect in the U.S., which is a rate of 8.9 victims per 1,000 children Certain ethnic groups such as American Indians and African Americans had even higher rates, and children under 1 year of age had a rate of victimization equal to 25.7 per 1,000 children. Evidence suggests that the incidents of family violence have increased during the isolation, stress, and lock-downs of the Covid-19 pandemic.

While conventional wisdom has long suggested that children living in violent homes may learn to be abusers or victims when they grow up, research on the biopsychosocial nature of family violence gives us insight into why this is the case. Trauma, defined as any experience that overwhelms an individual’s physical or psychological coping abilities, causes behavioral adaptations and physical changes in the brain and rest of the body. People who have experienced trauma have higher levels of the stress hormones cortisol and adrenaline, and even seemingly mild stimuli that trigger the brain’s fight-flight-freeze response may result in strong reactions of fear, anxiety, depression, or aggression. Unlike one-time traumatic events such as being caught in a tornado, family violence is usually ongoing, and the constant state of high alert with the accompanying stress hormones takes its toll. In addition, the stress can cause genetic changes that are passed on to descendants.

Family violence brings a cascade of effects that are intergenerational in nature. Being a survivor of intimate partner violence (IPV) is traumatic and may cause a range of physical and mental health problems, as well as putting survivors at higher risk of behaviors such as smoking and binge drinking. Witnessing IPV is traumatic for children in the household, even if the children themselves are not direct targets of maltreatment. Moreover, IPV and the mental health conditions and substance abuse that often accompany it place children at higher risk of being maltreated. Exposure to violence in childhood increases the risk of future substance abuse, lower educational success, reduced employment opportunities, and either being a victim of or a perpetrator of violence. Sometimes children who were maltreated grow up to be perpetrators, often they do not. But they often struggle mightily with being good partners and parents, because they did not have the nurturing or role-modeling that they needed. Trauma begets trauma.

People often look at abused partners and think “why don’t they leave?” People look at abused and neglected children and think “why doesn’t someone help them?” We tend to think of intimate partner violence (IPV) and child maltreatment as separate categories, but when we view them through the lens of intergenerational trauma, we see that they are intrinsically linked. If we want to help the children, we need to help their parents. And we need to help both parents — the abuser and the abused, because both carry the effects of intergenerational trauma, and both will pass the damage on to the next generation if the cycle is not interrupted. Sometimes the abused and the abuser are the same person.

So how can the legal system play a role in interrupting this cycle? As described in the Summer 2021 issue of the Marquette Lawyer, recognition of the impact of trauma has led Wisconsin courts, particularly in Milwaukee County, to utilize treatment courts and other problem-solving courts to address problems of crime, addiction, mental illness, and delinquency. The idea is to offer rehabilitative support to people whose trauma histories and struggles with physical or mental illness have led to illegal acts or ways of life that are destructive to them or others. This is a laudable effort, and it is doing a lot of good.

Providing counseling and services to partners and parents who have engaged in violence against family members is a necessary component of the solution offered in problem-solving courts, and it is backed by evidence. A 2014 report by the CDC, “Connecting the Dots: An Overview of the Links Among Multiple Forms of Violence,” argues that intervening to prevent one form of violence can prevent other forms, and the report supports the notion that we can reduce child maltreatment by reducing IPV.

Preventing continuation of the cycle of violence into the next generation must also include trauma-focused therapy for the non-offending partner and any children in the family. A community-based approach that offers support reinforcing the resilience of children and educating the public about the causes and manifestations of family violence can change behaviors and attitudes. Another promising approach is trauma-focused cognitive behavioral therapy (TF-CBT), which teaches coping skills and addresses depressive and anxious symptoms in both parents and their children. A 2015 study by Cohen and Mannarino showed that helping  parents deal with their own symptoms yielded promising results in alleviating children’s depression and behavioral problems. (“Trauma-focused Cognitive Behavioral Therapy for Traumatized Children and Families,” Child Adolescent Psychiatry Clin. N. Am., July 2015; 24(3) 557-70). Offering trauma-focused therapy alternatives in conjunction with victim assistance or child protective services, could strengthen families and help interrupt the intergenerational transmission of trauma. These approaches can contribute more to the work that still needs to be done to prevent the vast exposure to intergenerational trauma in our society.