Western society has traditionally assumed a gender binary, classifying sex and gender as “male” or “female.” This binary is reflected in many aspects of our legal system. However in recent decades, the gender binary, and related assumptions about the fixed nature and unambiguous meaning of sex and gender, has been challenged by transsexual, transgendered and intersex people seeking legal recognition of their sex and/or gender identity and protection from discrimination based thereon.

In the US, the majority of states now permit alteration of sex on birth certificates for transsexual persons (whether sex-reassignment surgery is required varies from state to state), although a handful of states still take a “fixed from birth” approach to legal sex. The legal landscape in relation to marriage for transsexual people is similarly inconsistent and in flux.

Challenging the fixed nature of sex/gender is an important development, but in most jurisdictions, the gender binary has been kept legally intact. More recently, some jurisdictions are grappling with the question of “other-gendered” and “other-sexed” persons (the terms are not synonymous – the Norrie case, below, was framed as an issue of biological sex, not gender identity.) The issue has come to a head in Australia, where special leave to appeal to the High Court has been granted in a case involving a person who wishes to be recognized as legally genderless. END_OF_DOCUMENT_TOKEN_TO_BE_REPLACED

At my alma mater, the University of Queensland, it is around this time of year that Brisbane’s jacaranda trees start to blossom their distinct purple bloom. It is a sight that I miss immensely, but back in my university day, the purple haze of the jacaranda around my hometown always aroused a slight sense of dread, signaling impending end-of-year examinations. At Oxford University, my second alma mater, the same sense of anticipation pervades the “gown” part of town at the end of each short term (Michaelmas, Hilary and Trinity), but instead of jacarandas, carnations are the relevant bloom. Following an old tradition, students attend examinations with carnations pinned to their academic gowns – white for the first, pink thereafter, and red for the final exam (these colors are rumored to represent the blood, sweat and tears that go into a degree.) I remember the trepidation and excitement with which I pinned on a white carnation, and the feeling of joy and freedom of walking out of the Examination Schools on red carnation day.

END_OF_DOCUMENT_TOKEN_TO_BE_REPLACED

The United States is the largest receiver of intercountry adoptees, and has historically always been so. However international adoptions to American “forever families” have been on the decline since 2004, in line with the global trend. The decline is broadly attributable to tighter adoption controls and regulation, often implemented in response to controversies about baby-selling scandals and shifts in sending country sentiments about the propriety of sending orphans abroad. More recently, Russia’s controversial, politically-motivated decision in January to pass a country-specific ban halting adoptions of Russian children to American parents is likely to further impact the declining rate of foreign-born orphans received into American families.

In this context, and given the broader academic and policy debate on the merits and costs of international adoption generally, it is interesting to point out one figure that is reportedly rising – the number of African-American children being adopted from the US to foreign parents. END_OF_DOCUMENT_TOKEN_TO_BE_REPLACED

“On any given weekend, on stages across the country, little girls and boys parade around wearing makeup, false eyelashes, spray tans and fake hair to be judged on their beauty, personality and costumes. … From hair and nail appointments, to finishing touches on gowns and suits, to numerous coaching sessions or rehearsals, each child preps for their performance. But once at the pageant, it’s all up to the judges and drama ensues when every parent wants to prove that their child is beautiful.” (“About Toddlers & Tiaras”, The Learning Channel).

If the parent’s quest to prove her child’s superior beauty is, indeed, the point of beauty pageants, French parents may soon need to find alternative ways of doing so. The New York Times reports that the French upper house this week passed a women’s rights bill that includes a ban on beauty pageants for children under the age of 16; the measure now goes to the lower house for discussion. END_OF_DOCUMENT_TOKEN_TO_BE_REPLACED

Continue ReadingToddlers, Tiaras and the Law 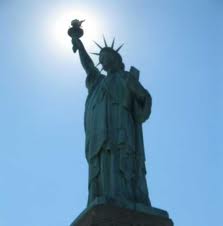 By now I imagine most readers have read Vladimir Putin’s New York Times op-ed, published yesterday. In the piece addressed to the American people and their political leaders, the Russian President argues against military intervention in Syria and urges adherence to the United Nations Charter to “preserv[e] law and order in today’s complex and turbulent world … to keep international relations from sliding into chaos.”

Putting the debate on the morality and legality of a possible US strike against Syria to one side, I found the final paragraph of the op-ed most striking:

My working and personal relationship with President Obama is marked by growing trust. I appreciate this. I carefully studied his address to the nation on Tuesday. And I would rather disagree with a case he made on American exceptionalism, stating that the United States’ policy is “what makes America different. It’s what makes us exceptional.” END_OF_DOCUMENT_TOKEN_TO_BE_REPLACED