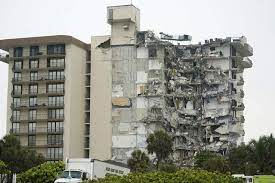 There is lots of blame to go around for the horrifying collapse of the Champlain Towers condominiums complex in Surfside, Florida, in June 2021:

(1) Engineers’ reports on structural flaws in Champlain Towers could have been more forceful and explicit,

(2) Members of the Champlain Towers condo board could have been more attentive and willing to act regarding the dangerous conditions, and

(3) State and local governments could have made inspections earlier and warned that the residents of Champlain Towers of their vulnerability.

Add to the list of causes for the disaster the tenancy in common (TIC) and the modern-day attitudes about ownership of property that the TIC brings to the surface.

Many will recall from first-year Property that a TIC is a shared tenancy in which each owner has a separately transferable share of the property but may not claim ownership of a specific part of the property.  All of the tenants in common are able to use the whole property.  TICs emerged in early-modern England and were much treasured by the gentry as a way to consolidate family interests.  Family bloodlines, after all, were often indistinguishable from family property lines.

A variety of the TIC has lived on into the contemporary United States and is common in what seems sometimes like our ubiquitous condominium complexes. END_OF_DOCUMENT_TOKEN_TO_BE_REPLACED