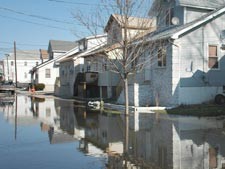 A key obstacle to seemingly enlightened policy reform, I argue, is our country’s deep-seated hostility to paternalistic interventions. Drawing on the philosophical literature on paternalism, I note the key features that make such laws objectionable to many people: they seek to override individuals’ judgments about what is best for them. Even when such decisions appear to be flawed (like the choice to live in a flood-prone area, for example), they often depend on value judgments, and it is therefore hard to say that a different choice would be objectively rational. It is impossible, for instance, to weigh the emotional value of a home or neighborhood against the expected future costs of flooding in a way that produces an objectively optimal course of action, in the same way there is no objectively correct way to eat, given the emotional and cultural significance of food.

Thinking that coercion (either in the form of mandatory relocation or risk-rated mandatory flood insurance) is the only solution to this problem is a mistake. Instead, I argue, policymakers should be more focused on ideas that empower people to make better choices, including better disclosure of flood risk and generous, easy to navigate buyout programs that help people move to drier ground when they choose to do so.

Check out the full version of my article on SSRN. I also wrote an opinion piece about this issue that was published in Slate.

Humor and the Law, Part Four

Shareholder “Say on Pay” – Can it Expose Directors to Liability?