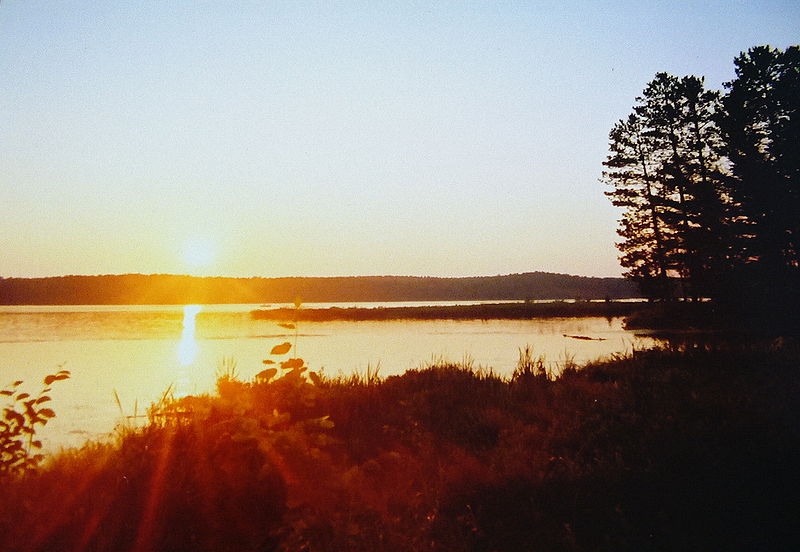 Wisconsin is blessed with an abundance of water resources: 15,000 lakes, 43,000 river miles, 659 miles of frontage on two of the Great Lakes, and groundwater supplies sufficient to cover the whole state to a depth of 100 feet, just to name a few. But Wisconsin has its share of water problems, too, including many lead water service laterals, widespread well contamination, and battles over diversions from the Great Lakes.

Thus it came as a pleasant surprise to see state political leaders from both sides of the aisle prioritizing the importance of a clean, safe, abundant water supply for all Wisconsinites. First, Assembly Speaker Robin Vos announced the creation of a water quality task force to study water contamination issues. Then, in his January “State of the State” address, Governor Tony Evers declared 2019 the “Year of Clean Drinking Water in Wisconsin.” Governor Evers specifically mentioned widespread contamination in private wells and large numbers of lead service laterals among his priorities.

Last week I conducted an informal Twitter survey to learn what Wisconsin citizens believe that our political leaders should prioritize as part of these efforts. The response was overwhelming. In no particular order, here is a shorthand “top ten” list of issues for the administration and the task force to consider:

Lead Laterals. Lead is a toxic metal that can be harmful to humans, especially children, even at very low levels. Exposure vectors include old paint flaking off the wall, water tainted with corrosion from pipes, and even contaminated soil. Recent estimates suggest that Wisconsin water systems contain upwards of 175,000 lead laterals (also called lead service lines). Milwaukee alone has over 75,000. As required by federal law, Milwaukee and other Wisconsin utilities have corrosion control programs in place to coat pipes and reduce the chances that lead leaches into drinking water. The eventual cost to replace the lead laterals is likely to exceed one billion dollars. Some legislators have questioned whether full replacement makes sense, given the challenge of lead plumbing fixtures inside buildings. For now, policy makers should be transparent with citizens about risks and protective practices, ensuring that interim measures are in place while efforts to find a long-term solution proceed. On a related point, I recently described in this space why a loophole in federal law means that schools are not required to test drinking water for lead and suggested it as an appropriate issue for state intervention.

PFAS and other emerging contaminants. Perfluoroalkyl substances (PFAS) are emerging contaminants used for decades in stain resisting compounds and firefighting chemicals that have caused contamination of surface water, groundwater, and soil in Wisconsin and elsewhere in the country. EPA recently hosted a national leadership summit on the issue, released several health advisories concerning PFAS, and is in the process of developing a PFAS management plan. DNR has claimed it has the authority to regulate PFAS but to date, some observers believe Wisconsin’s response has been inadequate.

Nutrients (Nitrates, Phosphorus). The relationship between agriculture and water quality is complex and conservation efforts vary from farm to farm. At bottom, though, diffuse pollution from agriculture and other sources is a leading cause of waterway impairment that is not well controlled by existing laws and policies. Erin Jordan of The Gazette, an Iowa newspaper, is in the midst of a nine-month O’Brien Fellowship in Public Service Journalism here at Marquette. During the first part of the fellowship, Jordan and several students prepared an exhaustive account of the problems associated with the flows of nitrate and phosphorus into the Mississippi River and other local lakes and rivers. The resulting series is well worth the time to read. It details the significant spending that has been undertaken for relatively little return in solving the problem.

Groundwater contamination and private wells. In his State of the State address, Governor Evers noted that “1.7 million Wisconsinites depend on private wells for water, and 47% of these wells do not meet acceptable health standards.” The problems in Kewaunee County, where cows outnumber people by a 5:1 margin, are well known. Recent reports of similar contamination in southwestern Wisconsin surprised many and appear to have been part of the motivation behind Speaker Vos’ decision to create the water quality task force. One respondent to my Twitter survey questioned whether private well owners should be required to test their wells and report the results in the same way that public water system operators do.

Great Lakes diversions. Southeastern Wisconsin has been a hotbed for controversy over diversions from the Great Lakes approved under the Great Lakes Compact. Most recently, a coalition of environmental groups challenged WDNR’s approval of a 7 million gallon per day diversion for the Foxconn manufacturing site. The action is currently pending before an administrative law judge. Foxconn has already said it will use less water than originally expected, and this week’s report that the company is reconsidering its development plans adds new uncertainty to the mix.

CAFO regulation. Concentrated Animal Feeding Operations, commonly known as CAFOs, are defined by statute to include feeding operations of 1,000 or more animal units (although DNR may include smaller operations within the definition under some circumstances.) CAFOs have been a longstanding target of environmental groups because manure runoff and spills from CAFO operations are thought to be responsible for widespread contamination of surface water and groundwater. However, DNR notes that “agribusiness,” including CAFOs and other agricultural operations, contribute many billions of dollars to Wisconsin’s economy. Striking a balance between economic development, public health, and environmental protection will be critical for state leaders.

The DNR. Under former governor Scott Walker, there were reports of falling morale, declining enforcement, and significant staff departures at WDNR. The agency’s broad authority under the public trust doctrine was significantly eroded by legislative action and a formal opinion of former Attorney General Brad Schimel. A 2016 Legislative Audit Bureau report concluded that the agency issued a notice of violation for only about 6% of cases involving violation of its policies. With all that said, the agency still contains many highly skilled and dedicated professionals, and the appointment of new secretary Preston Cole was widely hailed as having the potential to re-energize WDNR.

High capacity wells and groundwater drawdown. The past few years have seen sharply increasing numbers of applications for “high capacity wells,” defined as wells with the capacity to pump over 100,000 gallons of water per day. Many are being drilled for agricultural uses in the “Central Sands” region of the state. This has led to significant drawdown in surface water and groundwater levels. Meanwhile, the Wisconsin Legislature relaxed state rules governing the transfer and relocation of such wells. Environmental groups charged that this was akin to issuing “perpetual permits” immune from further state review.

Wetlands protection. At the federal level, the battle rages on over the “Waters of the United States” rule, also known as the “Clean Water Rule,” which will help define which wetlands are subject to federal jurisdiction. But similar policy debates should occur at the state level. For over a decade, that fight had been less important in Wisconsin, which in 2001 passed a law asserting state jurisdiction over non-federal wetlands. But last year the Wisconsin Legislature exempted development projects impacting smaller areas of wetlands from the relevant state rules.

Prox and the Poll