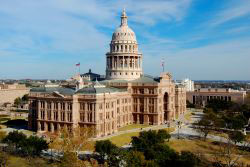 If you’re like the rest of the United States, then you are aware of the recent attempts to restrict the right to abortion pre-viability — a right affirmed by the Supreme Court in Planned Parenthood v Casey., 505 U.S. 833. Despite the holding in Planned Parenthood, States continue to pass legislation restricting abortion. In some States, these attempts are no more than a brazen attempt to ban nontherapeutic pre-viability abortions.

By the end of 2021, some fifteen States had passed legislation that banned non-therapeutic pre-viability abortions, commonly referred to as “Heartbeat bills.” (As of this writing, the states are Alabama, Arkansas, Georgia, Idaho, Iowa, Kentucky, Louisiana, Mississippi, Missouri, North Dakota, Ohio, Oklahoma, South Carolina, Tennessee, and Texas.) Though neither the progenitor nor the ultimate occurrence, S.B. 8, passed by Texas’s legislature and signed into law by Governor Abbott, has created rather significant waves in the legal landscape. Perhaps predictably, other States have emulated Texas’s approach, an approach that some commentators call the most restrictive abortion legislation to be passed post-Roe v. Wade (410 U.S. 113). A quick perusal of one’s favorite internet search engine will reveal the myriad commentary discussing the ways in which Texas and other States have been ingeniously skirting the dictates of the Supreme Court.

So, what is it that makes Texas’s legislation so newsworthy? Truly, it is not the restrictions that Texas has imposed that makes this law exceptional. After all, States have been passing restrictions on abortion long before the right was recognized by the Supreme Court. It is, also, not the fact that Texas is attempting to make it impossible for women, other than victims of rape and incest, to obtain an abortion once a heartbeat is detected; Texas is hardly novel in its endeavors in this area. What makes Senate Bill 8 so exceptional is its novel enforcement scheme.

Texas, unlike any state before it, has devised a legislative schema that the legislature believes wholly removes any government involvement in the prosecution of the legislation. In other words, Texas crafted a law banning abortions pre-viability that it hopes will withstand judicial scrutiny merely because it is enforced by civilian actors, rather than government agents. Disregard any of the other problematic contents of this law, of which there are not an insignificant quantity, and ponder that concept again: Texas designed a law with the intent that civilians enforce it.

So, what’s so bad about a little civilian enforcement? After all, in this country do we not allow civilian corporations (that is to say, private corporations) from initiating litigation against corporations violating antitrust laws? For example, the Clayton Act, 15 U.S.C. § 15(a), creates a cause of action for individuals injured by a corporation’s actions that run contrary to antitrust legislation. Yet these two “causes of action” are hardly similar.

Unlike the Clayton Act, which requires that an individual sustain an injury as a result of corporation’s unfair business practices, the Texas Heartbeat Act permits any individual with knowledge of the abortion to sue the abortion provider — and any other individual who facilitated that abortion. (See § 171.208(a).)  In other words, Texas has crafted a schema for “enforcing” its ban on pre-viability abortions that effectively deputizes all twenty-eight million people living in Texas. Indeed, because the only words of limitation for who may bring a cause of action preclude only government agents, Texas has effectively deputized every individual living in the United States, provided they are subject to Texas courts’ jurisdictions when filing suit. Nothing in the Act requires a relation with the individual seeking an abortion nor does it require potential plaintiffs to have any connections with the abortion provider. In fact, nothing in the Texas Act seems to require anything more than knowledge sufficient to plead the facts of the case.

As if deputizing an entire country to enforce one’s unconstitutional laws was insufficiently novel, Texas included provisions “limiting” what damages may be recovered through litigation. These limitations are not on what may be recovered by the plaintiffs (Texas has seen fit to provide a statutory minimum of $10,000 for recovery, plus attorneys’ fees); rather, they are a limitation on what defendants may recover completely foreclosing any attorney fees for successfully defending against a suit. (See § 171.208(c)-(e).) Perhaps most egregious of all of the Act’s provisions is the provision allowing the same provider to be sued over the same procedure by multiple individuals, regardless of the outcome of the previous suits. (See § 171.208(e)(5).)

Effectively, Texas has created an incredibly burdensome law that will undoubtedly disproportionately affect disadvantaged women (most likely women of color) and creates a substantial chilling effect on a woman’s right to choose. Moreover, Texas has recruited the entirety of the United States to enforce this bizarre scheme in any of Texas’s counties, regardless of traditional venue requirements. (See § 171.210.)

The oddities do not stop there, but the reader would be better served to read the text of the legislation and then read the Supreme Court’s most recent opinion stemming from the Act, Whole Woman’s Health v. Jackson, 595 U.S. ___ (2021). I would like to leave the reader with something to think about while they read both: where do we draw the line? Or better yet, how do we go back to how things were before the introduction and passage of this Act? The ramifications are far-reaching, and this writer is troubled by the possibility that, if statutes like this are permitted to stay on the books, States will become more imaginative and proscribe all sorts of constitutionally protected conduct under the guise that it is not the State doing the infringing, but rather private citizens.

This writer does not take a position one way or the other when it comes to abortion. Conversations about abortion concern only the would-be mother, the unborn fetus, the doctor consulting/performing the procedure, and (possibly) the other contributor in creating the unborn baby. It does not escape this writer that such a statement suggests a position that abortion should be legal, but that is not the intention. As a Lutheran-raised individual, this writer recognizes that life is sacred — in all its forms, however the realities of life do not fit so neatly into the lessons taught in youth. Recognizing that women will continue to seek abortions regardless of the legality, this writer desires only that individuals understand that the best thing to do is create a safe environment for those procedures rather than forcing women into the black market. Furthermore, this writer hopes that the reader will understand that this topic is not, as it seems, about abortion. It is about the government skirting Supreme Court precedent by deputizing its populace, it makes no difference what level of government. Perhaps some solace may be found in history, when the courts of this nation properly struck down restrictive covenants based on race but only if the courts again recognize what Texas has succeeded in doing.

Any Chance of Protection?