The United States, like most democracies, takes pride in being governed by the “rule of law”; it aspires to be what John Adams once called “a government of laws and not of men.” There’s a sense, in this imagery, that law is something distinct from human beings; that it’s a sort of machine, that operates autonomously to generate answers to legal questions.

Of course, as the legal realists recognized, that’s all transcendental nonsense. Laws do not apply themselves, they are written and interpreted and applied by human beings. But a rule of laws that is subject to the whims of individual decisionmakers is no rule at all. Believing in the rule of law requires a sort of leap of faith. It requires a form of trust that other actors in the system, even ordinary citizens, will generally coalesce around the same outcomes and interpretations.

And that sort of trust — any sort of trust in institutions, including law — is breaking down. Faith in courts to provide the law, and faith in lawyers to be able to say what the law is, will fade with it. And after that, in the words of Felix Frankfurter: “first chaos, then tyranny.” END_OF_DOCUMENT_TOKEN_TO_BE_REPLACED

Alexis de Tocqueville was a French aristocrat sent by his country to inspect American penitentiaries during the 1830s.  He dutifully delivered his report, but he also found himself interested in more than penitentiaries.  In Democracy in America (1835), he provided a wide-ranging and to this day highly regarded account of life in the youthful, rambunctious American Republic.  Somewhat surprisingly, de Tocqueville discussed at length the role and function of jury duty. 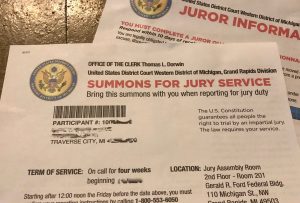 Although de Tocqueville recognized the jury as a “juridical institution,” that is, a body that renders verdicts, he was more interested in the jury as a “political institution.”  He argued that the jury “puts the real control of affairs into the hands of the ruled, or some of them, rather than into those of the rulers.”  The jury was a vehicle through which the citizenry could exercise its sovereignty.

What’s more, jury duty struck de Tocqueville as a “free school.”  “Juries, especially civil juries,” he thought, “instill some of the habits of the judicial mind into every citizen, and just those habits are the very best way of preparing people to be free.”  As a form of “popular education,” jury duty offers practical lessons in the law and teaches jurors their rights under the law.

Overall, de Tocqueville was pleased Americans took eagerly to jury duty and felt robust, active juries were extremely important in the success of the nation.  Jury duty, he said, “makes men pay attention to things other than their own affairs” and thereby “combat that individual selfishness which is like rust in society.”

How disappointed de Tocqueville would be learn how people perceive jury duty in the present.  While people who actually serve on juries tend to say their experiences were positive ones, a huge percentage of Americans dread receiving a summons for jury duty and do their best to avoid serving.  Websites such as “How to Get Out of Jury Duty” and “10 Ways to Avoid Jury Duty” are popular. END_OF_DOCUMENT_TOKEN_TO_BE_REPLACED 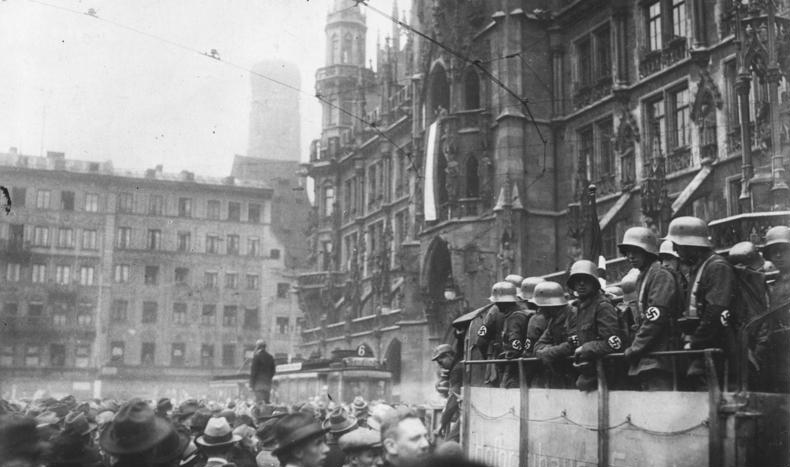 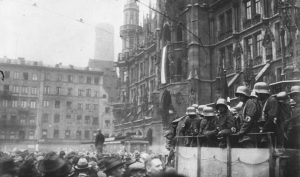 I agree with Baude’s sense of the threats, but I think the hope that formalism—or even the rule of law generally—will save us is misplaced. It was often said of the Soviet Union that it had an extremely rights-protective constitution; better than that of the United States, even. But of course the problem was that the Communist Party was not really bound by it. Formal guarantees mean nothing without the will to back them up. Law without faith is dead. END_OF_DOCUMENT_TOKEN_TO_BE_REPLACED

Instead of its usual spring gathering—Women Judges’ Night—the Milwaukee Association for Women Lawyers (AWL) sponsored the When There Are 9K Run/Walk. Marquette Law School was one of its sponsors. According to AWL, “The title and length of this event are a tribute to the incredible and irreplaceable Justice Ruth Bader Ginsburg.” Justice Ginsburg was once asked when there would be enough women on the Supreme Court of the United States. Her response: “When there are nine.” The virtual run/walk began… 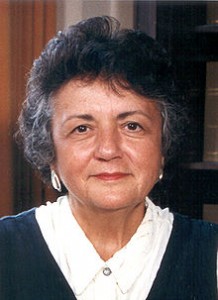 While working as a junior lawyer in Governor Scott Walker’s office, my phone rang one clear winter’s day.  It was the judicial assistant for Chief Justice Shirley Abrahamson.  The Chief had asked Dean Kearney if anyone else was traveling to that evening’s Hallows lecture from Madison, such that she could carpool. The Dean had kindly offered me up for the task. Could I meet her in an hour at the Capitol’s MLK Drive exit?

After quickly consenting, I rushed out to my Subaru Legacy and started grabbing granola bar wrappers off the floor. I ran to the BP on East Wash, which had a car wash, and did my best on short notice. I pulled into the Capitol’s covered roundabout five minutes early and retrieved my passenger.

She got in the front seat, and didn’t bring any reading material, so we just started chatting. END_OF_DOCUMENT_TOKEN_TO_BE_REPLACED