On the Issues: Patrick Sharkey 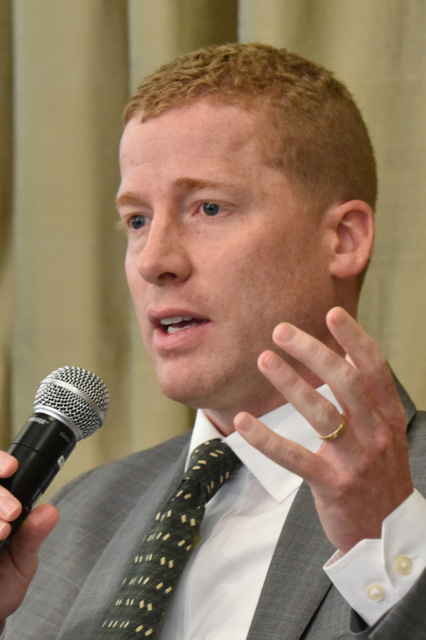 Patrick Sharkey, Associate Professor of Sociology at New York University, author of Stuck in Place: Urban Neighborhoods and the End of Progress Toward Racial Equality

In his book, Stuck in Place, Prof. Patrick Sharkey explores the issue of racial inequality in America, and what can be done about it. Sharkey writes that four decades after the civil rights movement, the degree of racial inequality in the United States has barely changed, that the severe neighborhood disadvantage experienced by African-American families in the 1960s has been passed on to the current generation. He says political decisions and social policies resulted in severe disinvestment from black neighborhoods, persistent segregation, declining economic opportunities, and a growing link between African-American communities and the criminal justice system. To address this problem, Sharkey argues for “durable urban investments” in schools, child care centers, public safety, housing, transportation, and infrastructure. Join us for a conversation about one of the greatest challenges facing urban America and cities like Milwaukee, when Prof. Patrick Sharkey visits Eckstein Hall.