On the Issues: The Role of the Prosecutor as the Gatekeeper of the American Justice System 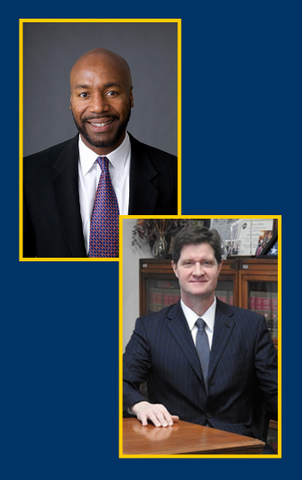 Join us for a conversation “On the Issues with Mike Gousha” featuring Professor Paul Butler and District Attorney John Chisholm. These individuals met through their work on a national initiative to reshape prosecution programs, sponsored by Vera Institute for Justice and John Jay College’s Institute for Innovative Prosecution. Both support the initiative’s goals of developing strategies for prosecutors to reduce incarceration, promote racial equity, and increase the public’s confidence in the justice system. What are the prospects for these goals? How might success be measured?

Paul Butler is the Albert Brick Professor at the Georgetown University Law Center and a former federal prosecutor. He a nationally recognized scholar on race and the criminal justice process and is the author of Chokehold: Policing Black Men and Let’s Get Free: A Hip-Hop Theory of Justice.