United States Court of Appeals for the Armed Forces 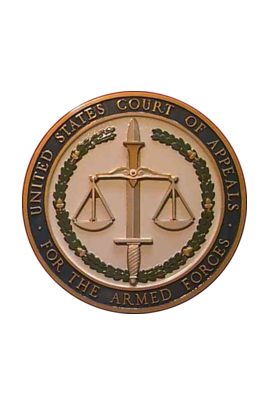 You are cordially invited to attend oral arguments before the

United States Court of Appeals for the Armed Forces

Included will be an amicus curiae argument by Marquette 3L Joshua Bryant.

A reception will follow the arguments and a brief question-and-answer session.

The U.S. Court of Appeals for the Armed Forces exercises worldwide appellate jurisdiction over members of the armed forces on active duty and other persons subject to the Uniform Code of Military Justice. The court is composed of five civilian judges appointed for 15-year terms by the President with the advice and consent of the Senate. The court’s decisions are subject to direct review by the U.S. Supreme Court.