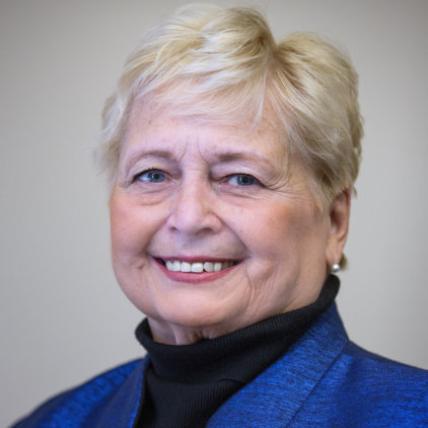 Justice Janine P. Geske currently serves as the Director of the Andrew Center for Restorative Justice and as a Distinguished Professor of Law at Marquette University Law School. She is on sabbatical as a member of the Marquette University Board of Trustees. In the fall of 2011, she served as a Visiting Professor of law at the Catholic University of Leuven, Belgium in Restorative Justice at its Institute of Criminology. She served as interim dean of Marquette Law School from July 2002 to July 2003 and as interim Milwaukee County Executive from February 28 to May 6, 2002. She previously served on the Wisconsin Supreme Court from 1993-1998. From 1981-1993, she was a Milwaukee County Circuit Court judge. Prior to becoming a judge, she served as chief staff attorney for the Legal Aid Society of Milwaukee and then as clinical director and assistant professor of law at Marquette University.

She served as the Association of Marquette University Women Chair in Humanistic Studies, 2000 - 2001 and served as a member of the faculty of the National Judicial College in Reno, Nevada for over ten years.

In 2013, the St. Thomas More Lawyer's Association awarded her its Faithful Servant Award. In 2009, she received the Woman of Faith Award from the Sisters of the Divine Savior, the F.B.I. Director's Community Award and a Wisconsin State Bar Fellows Award in recognition for contributions to the Bar and the ideals of the American Bar Foundation. In 2008, she was inducted into the Wisconsin Academy of Science, Arts and Letters. In 2007, she was awarded the 2007 Thurgood Marshall College Fund Legacy Award, the 2007 American Inns of Court 7th Circuit Professionalism Award, the 2007 U.S. Postal Service Government Service/Law Award, the St. Norbert College Ambassador of Peace Award, the SET Ministry Transformation Award, an honorary member of Phi Beta Kappa. In 2006, Justice Geske was awarded "The Woman of the Word Award from the Milwaukee Cathedral Place (a women and children's homeless shelter), The "Difference Maker Award" from the American Bar Association General Practice, Solo and Small Firm Division.

Justice Geske has served as the commencement speaker at a number of college and university graduation ceremonies. She frequently teaches at judicial, legal and community conferences on mediation, restorative justice, sentencing, evidence, the courts, and spirituality and work.She is a member of the American Bar Association, State Bar of Wisconsin, Fellows of the American Bar, Fellows of the Wisconsin Bar, American Law Institute, Association of Conflict Resolution and the Wisconsin Association of Mediators.

Justice Geske graduated from Beloit College with a Bachelor of Arts degree and a Masters of Arts in Teaching and received her J.D. from Marquette University Law School.

Special Recognitions:Selected for 2005 through 2021 as one of "The Best Lawyers in America" for her work in dispute resolution