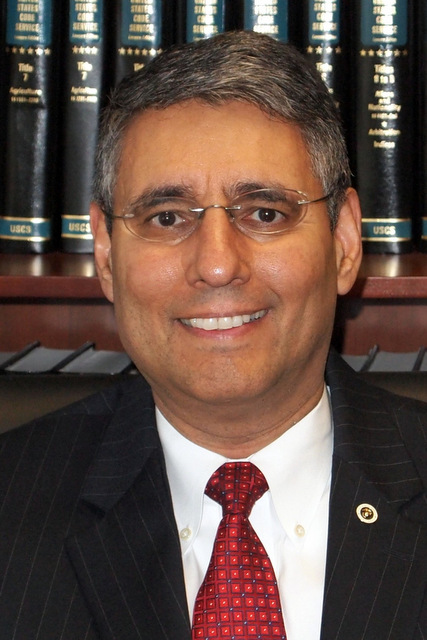 Life Tenure on the Bench: Virtue or Vice?

Presented by Hon. Albert Diaz, U.S. Court of Appeals for the Fourth Circuit

As the 2016 presidential election campaign sizzles, a hot topic (and easy target) is the judiciary. Whether debating the appropriateness of litmus tests for judicial nominees, the breadth of judicial power, or the perceived lack of accountability of the "least powerful" branch, the candidates and the pundits have much to say. One question in particular generates ample fodder across the political spectrum: How long should a judge serve? At one end are those who decry the lack of independence allegedly wrought by big-money judicial election campaigns. At the other: those who chafe under what they view as unchecked judicial power.

Judge Albert Diaz served almost a decade on the North Carolina state trial bench—where the overwhelming majority of judges are elected—before receiving his commission as a federal circuit judge in 2010. It is against that backdrop that he turns to the subject of this Hallows Lecture: the historical basis, practical consequences, and continued merits (or lack thereof) of life tenure for judges.

Since 2010, the Honorable Albert Diaz has served as a judge of the United States Court of Appeals for the Fourth Circuit. His prior judicial work includes service on the state trial bench in North Carolina and on the Navy–Marine Corps Court of Criminal Appeals. He previously worked as a prosecutor and in private practice. Judge Diaz holds a bachelor's degree in economics from the University of Pennsylvania and graduate degrees from New York University (law) and Boston University (business). He served in the United States Marines and is a native of Brooklyn.