On The Issues: What’s it like to work for the President of the United States? 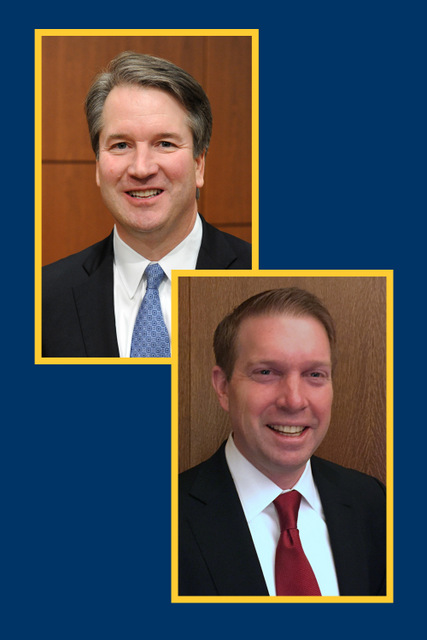 What’s it like to work for the President of the United States? Join us for what is sure to be a fascinating conversation with two men who served in the administration of President George W. Bush. Brett Kavanaugh and Ted Ullyot were successful young attorneys when they were hired as associate counsel to the President. Kavanaugh went on to serve as assistant to the President and staff secretary to President Bush. Ullyot became deputy assistant and deputy staff secretary to the President, and then worked as chief of staff for Attorney General Alberto Gonzales. In their roles at the White House, Ullyot and Kavanaugh helped advise the President on legal matters related to the office, but also worked closely with President Bush on myriad day-to-day responsibilities. Those included acting as a clearing house for daily briefing books, policy memos, and speeches. During their visit to the Law School, they will share some White House experiences and memories, offering their unique perspective on the workings of the nation’s highest office. Since leaving the Bush administration, Ullyot has gone on to serve as the general counsel for Facebook, and is now a partner at the large venture capital firm Andreessen Horowitz. Judge Kavanaugh sits on the D.C. Circuit, having been appointed in 2006.