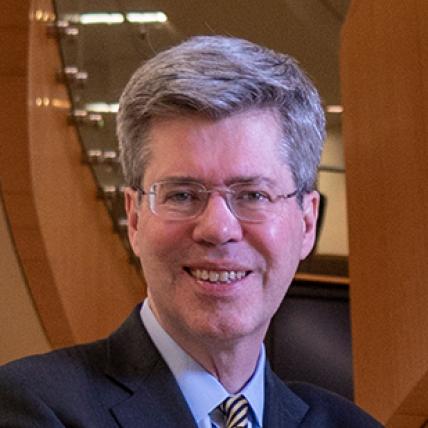 Appointed in 2003, Joseph D. Kearney is one of the longest-serving law school deans in the country and only the ninth person to hold the position at Marquette University since 1908. Dean Kearney has been a member of the Marquette faculty since 1997.

Dean Kearney is an accomplished teacher, scholar, administrator, and lawyer. He teaches each semester, including upper-level courses in Advanced Civil Procedure and Federal Courts and a Supreme Court Seminar. His areas of research include regulation of industry (particularly telecommunications) and civil litigation. His collaborations with Professor Thomas W. Merrill (Columbia University) include their book, Lakefront: Public Trust and Private Rights in Chicago (Cornell University Press 2021).

Dean Kearney's background as a practitioner is in appellate and telecommunications litigation. He has argued cases before the Wisconsin and Illinois Supreme Courts and the United States Court of Appeals for the Seventh Circuit and has been the primary draftsman of winning briefs on the merits in the United States Supreme Court.

Dean Kearney is an honors graduate of Yale College and Harvard Law School.