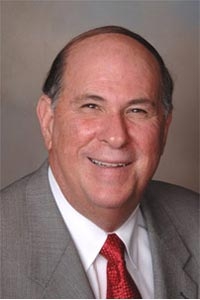 This has not been a banner year for the University of Illinois (Illinois) football program.  After starting the 2011 campaign with a 6-0 record, Illinois finished the season losing six straight games, making Illinois the first BCS team to open the regular season with six straight wins and closing with six straight losses.[1]

In November of 2011, acting athletic director Mike Thomas (“Thomas”) informed Ron Zook (“Zook”) that he had been fired as head coach.[2]  Zook had five losing seasons at Illinois, finishing with an overall 34-51 record.[3]  Despite the end of the season losses and the firing of the head coach, Illinois was invited to the 2011 Kraft Fight Hunger Bowl and posted a 20-14 win over UCLA.[4]  The Illinois - UCLA contest was an interesting match-up since UCLA was given an NCAA waiver to compete despite a losing record, both schools fired their coaches, both schools were playing under interim leaders, and UCLA had four players ineligible for the game while Illinois had two players ineligible.[5]  But most noteworthy of all was a contentious legal and contract dispute between several of the Illinois assistant coaches (Joe Gilbert, Jeff Brohm and Chip Long) and the school administration.[6]

In January of 2010, Zook hired several assistant coaches.[7]  The assistant coaches maintain that they were guaranteed two-year contracts that would roll over each year.[8]  But evidently during the summer of 2010, shortly before Illinois opened its football camp, those assistants were given formal contracts to sign that contained a termination clause that was not in concert with the original represented agreement.[9]  The written contract stated "in any contract year ending after January 31, 2011, either party may terminate this contract effective at the end of the contract year by giving written notice of termination to the other party no later than sixty days prior to January 31st of the current contract year."[10]

Although several of the assistants signed the formal contract without checking the fine print to make certain that it was representative of what they were orally told, the assistants claimed that they were assured by Zook and then athletic director Ron Guenther (“Guenther”) that their two-year deals rolled over after the 2010 season.[11]  The assurances helped curb interest in job shopping and even with a disappointing 2011 season, the assistant coaches further claimed that they were reassured by Zook that they had contractual security to the end of 2012.[12]  The controversy had gotten so ugly that the assistants threatened to boycott the Kraft Fight Hunger bowl game, which ultimately they did not.[13]

New athletic director Thomas, who replaced Guenther and who had inherited the contract dispute, said very clearly that "we're living by the language of the contract that was signed by those coaches."[14]

While the facts of the case as reported are not exactly clear, it appears that what happened was, what was promised did not appear in the actual contract that the assistant coaches were asked to sign.  Illinois, with Zook's firing in November 2011, used the clause as previously stated to terminate the assistant coaches.  The assistants had thought that pursuant to represented promises they were safe through and including the 2012 campaign.

Assistant college coaches are an unprotected class of employees and need competent representation.  There is no standard form contract and contracts range from a one-page letter of employment with no protections, to a document full of legalese.  A coach's contract is the most protective armor in a job environment of fatalities.  Assistant coaches need to set aside the disease of job elation and make certain that not only the numbers and package are right but the contract is also right.  Contract negotiations are a business deal and ultimately adversarial.  Therefore, the Illinois assistant situation is a good reminder that a coach had better get a sophisticated lawyer. All compensation must be in writing, nothing oral; handshake deals or promises for fulfillment by presidents, athletic directors, or head coaches are now days of the past.  Don't trust anyone.  Contract negotiation is a business deal and ultimately a business deal involves a written agreement.  If a formal contract is to follow, some form of Memorandum of Understanding (MOU) or Letter of Intent (LOI) should be executed until a formal written contract is presented so that there is no future misunderstanding of the contractual deal.

While a head coach is the centerpiece of an athletic program, assistant coaches are also critical to the success of the program.  Assistants perform numerous functions including coaching, budget administration, travel coordination, recruiting, media interviews, marketing of the football program, student-athlete discipline, tracking student-athlete's academic progress, and compliance with NCAA Conference and University rules.  Head coaches need competent assistants who they can trust.  Without quality work from top-notch assistants, athletic programs cannot be successful.  In recent years there has been an increased recognition of the importance of good assistant coaches, pay to assistants has increased, and many assistants are now given written contracts that provide them with some legal protections.

The Illinois case also is a good opportunity to review what is happening in the contract field of assistant coaches in major programs.

In 2006 and 2007, I, in conjunction with Attorney Jay Smith, undertook a study of assistant coaches contracts - more particularly the legal and contractual protections provided to Division 1A football and men's basketball assistant coaches.[15]  The information came from 53 schools representing 10 of the 11 conferences with Division 1A football and men's basketball programs.[16]   Findings were published in an article entitled "A Study of Division 1 Assistant Football, Men's Basketball Coaches' Contracts" which was published in the Marquette Sports Law Review, Vol. 18, 12/2007, No. 1,[17]  (hereinafter the Study).

The other way, of course, that assistant coaches can keep their jobs is to be selected for the new coach's staff.[37]  The new coach would usually have the option to choose his or her staff.[38]  If the new coach likes a particular assistant coach or coaches, he can extend them a job offer to remain at the university.[39]

The Study indicated that rollover contracts are extremely rare among assistant coaches.  A rollover contract is a contract where the term constantly remains at its original length.[40]  This happens because the coach has a rollover provision wherein every year the term of the contract is extended by one year in order to keep the term of the contract the same as it was originally agreed upon by the coach and the university.[41]

The trend for head coaches has been longer term contracts, usually from five to eight years, without rollover provisions.[42]  There are probably few, if any, rollover provisions among assistant college coaches.  Rollover contracts or rolling horizon provisions are normally either automatic or consensual in nature.

In 2009, USA TODAY undertook the first comprehensive school-by-school and coach-by-coach review of pay and term of contract for entire football staffs in the NCAA top level bowl division.[43]  While over two hundred coaches had multi-year contracts, including forty-four with three-year deals and half a dozen with four- and five-year deals, the majority of assistant coaches had one-year deals.[44]

*Includes contracts that are for less than one calendar year

While there are not any comprehensive studies for 2011 or 2012 term of contract data as of yet, some independent research revealed that the trend among major football institutions continues.  In 2011, four assistant coaches at the University of Florida signed multi-year contracts.[51]  While the three-year deal was not enough to keep Charlie Wise from leaving for Kansas, Florida is trying again and agreed to a three-year deal with the new offensive coordinator for 2012.[52]  All nine of Charlie Weis’s new assistant coaches at Kansas signed two-year deals in 2012.[53]  Maryland’s new offensive coordinator signed a four-year deal,[54] and Clemson’s offensive coordinator signed a six-year deal in 2012.[55]

The Illinois assistant situation is a good reminder that all coaches, not just head coaches, need good lawyers. Coaches should also be proactive.  They should get promises in writing via a memorandum of understanding or a letter of intent so there is no confusion when it comes time to memorialize the deal.  Finally, all coaches should do what the coaches in the Illinois situation seemingly did not do, and read the fine print.

As for term of contract, one-year deals are still the most common agreements entered into by assistant coaches. I would expect the trend of multi-year terms for assistant coaches to continue among NCAA schools with major football and basketball programs.  Additionally, some smaller programs have begun to follow suit, and I expect more to do so.

Thank you to Jessica Pfau, a second-year student at Marquette University Law School, who assisted me in the research, writing, footnoting and editing of this article.  Jessica is working towards her Sports Law Certificate from the NSLI.