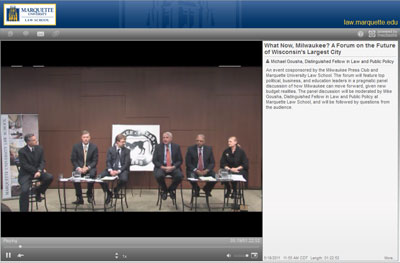 Marquette University Law School hosts a myriad of events during any given week. Many of these events are digitally archived with photography and/or video. Please visit any of the following resources for either photo or video services.

*If the player does not detect Silverlight on your Mac you will be automatically prompted to install the plug-in. Silverlight only needs to be installed once and will then be available for watching any future Mediasite presentations.