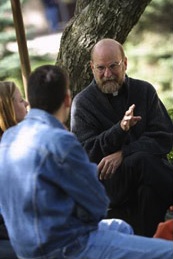 The service of faith through the promotion of justice is the mission that must be integrated as a priority into each Jesuit work.

In short, we want our graduates to be leaders-in-service. That has been the goal of Jesuit education since the sixteenth century. It remains so today.

As a Jesuit institution, Marquette University stands within a centuries-old tradition of values education. This Jesuit mission is well known for its emphasis on development of the whole person, concern for justice, and commitment to public service. This tradition of values education is prized by many individuals who choose a Jesuit school over other, often less expensive and in some cases more highly ranked, alternatives.

For more information about the Jesuit mission of Marquette University visit the following: