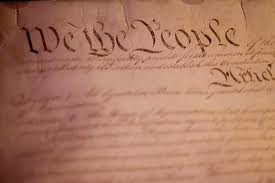 As the title suggests, Public Law deals with the way in which the legal system directly intersects with the world of politics and public policy.  While the subject of public law centers on constitutional law, it also includes any area of law that has to do with the way in which local, state and federal governments affect the lives of their citizens.  Lawyers have always played a central role in the public life of Wisconsin and the United States and Public Law classes are especially appealing to students who are considering careers in politics, government, or public service.